Previous artcle
Back to the section Orbotix (Sphero)
Next article 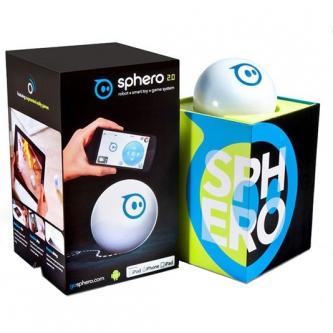 Sphero you know? The Orbotix robotic ball controlled via your smartphone or tablet?

As a reminder, Sphero is a robotic ball controlled thanks to the touch or inclination of your Smartphone or tablet.

It has an accelerometer and a multi-axis gyro for intuitive movements, fast and precise moving.

Connected to your device via your Bluetooth, and working with iOS and Android, Sphero 2.0 can move at more than 2.13 m per second and has a range of 30 m. Its movement is faster and less jerky than the first version, which allows a better progression on the ground and water.

Besides face up to natural obstacles on the ground, Sphero 2.0 floats and is waterproof. Thanks to its opaque polycarbonate coating, it is really tough, waterproof and can perform on all types of surface.

With its new accessories (soon in our catalog), like the hull in silicone (3 available colors – not include), your robotic ball Sphero 2.0 will have a better grip on the ground: which will make it faster and more manageable.

Another development: Sphero 2.0 is brighter than the first version and has 9 LEDs which enable us to personalize the ball according to our mood, taste or the app used. As well, it is easier to play in darkness or by night.

Once your Sphero 2.0 discharged, place it on its base station by induction to play quickly. 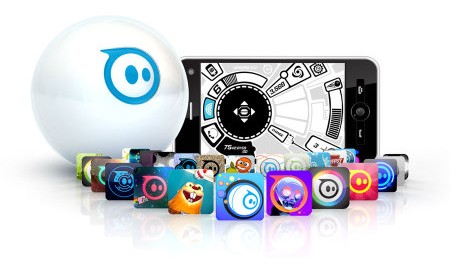 Sphero 2.0 is controlled thanks to a Smartphone or a tablet by the touch or inclination of your peripheral device. This ball can become your remote control for playing some apps. Every apps are available on iTunes Stores (for iOS) or on  Google Play (for Android), for example:

- Sharky : a beaver instead of a ball on your screen which will perform in your world : a good augmented reality game. :  iTunes 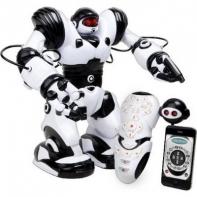 Robotic fusion of technology and personality
Out of stock

News :
The Robot Club of Sourcieux les Mines :
The Robot Club was created in September 2016. The first objective of the club is to discover and learn the basics of robotics and the first years were years of ...
le 01/18/2023
Information and services :
Sphero you know? The Orbotix robotic ball controlled via your smartphone or tablet? Discover Sphero 2.0! More intelligent, 2 times faster, 3 times brighter and still much to play for more than 20 applications. Buy a Sphero 2.0 in the category [categorieracine] on Robot Advance, robotics expert.