Microbric is no longer a brand that needs to be presented as it is one of the best known and most widely used manufacturers of educational robots in schools in Europe and around the world. We have been working with them for several years now to offer you their emblematic products, such as the Edison and more recently the Whybricks. Microbric is renewing itself for schools and is back with a new product that we are going to present to you without further ado: Invention Engine. 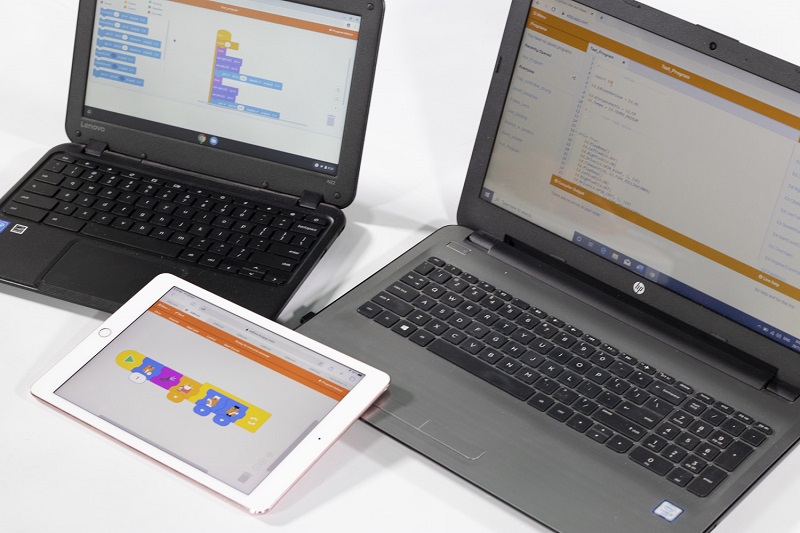 Invention Engine offers students a powerful and practical environment to study computer science. The system consists of a programmable Invention Engine platform and various connectable parts (such as LEDs, motors and sensors) that can be simply added to the board to bring programmed creations to life.

Students can start with the basics and move on to more complex topics and innovative creations thanks to the system's modular design. Cardboard, the Invention Engine system and the other included resources combine to provide a diverse, inexpensive and fun set of tools that students can use in a wide variety of areas.

The Invention Engine hub and bits

Make fun gadgets that respond to various sensors by lighting up, making noise or moving.

The central hub and all interconnected parts of the invention engine are ready to go. The parts can be connected quickly and easily to the Hub, eliminating technological difficulties that hinder the students' educational experience.

All individual components, as well as the central hub, can be simply integrated into the box and are both reusable and programmable.

A data sheet and accompanying lesson plan are provided for each part to help students learn about it, see it in action and find creative ways to use it.

There is no limit to students' creativity when given 15 bits (9 inputs + 6 outputs).

Invention Blocks is a drag-and-drop coding environment with robust and adaptable features. The end result is a programming language that is accessible to students of all backgrounds and provides a solid foundation for teaching computational thinking.

It builds on students' already established comfort with the widely used Scratch programming language. The transition to the use of more advanced programming structures is made understandable even for those with no prior knowledge of coding through images such as the built-in bug box.

Invention Engine construction tools are simple to use, reliable, safe and versatile. A stencil shows students how to correctly place the drill bits, punching tools provide a safe and foolproof method of penetrating the board, and rivets secure the drill bits in place.

Resources for the classroom

A student guide and a teacher guide are provided for each individual unit. Coding, engineering and invention are the three main pillars of the Invention Engine programme.

The lesson activities are designed to help students apply what they have learned. The electronic components provide a learning feedback loop, where the behaviour of the bit dictates the need to adjust the code for the innovation to work and complete the learning.

At the end of each lesson, students present their original and working inventions to the class in a synthesis project. 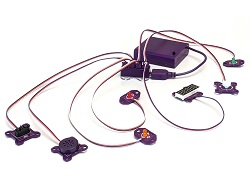 The hub and parts make up the electronics of the invention engine. All components can be reused and are easy to connect to the box. Go further into the specifics of each part! The data sheets detail the component, how to use it and potential locations for this type of component. 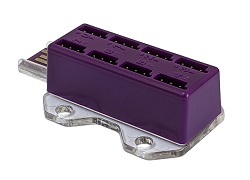 The central processing unit (CPU) of the engine of the invention is a microcontroller. Connecting to a computer via USB, the Hub can be customised using the WebUSB interface. Invention Engine is compatible with Windows, Chrome OS, Mac OS X and Linux without the need to install additional drivers or software. 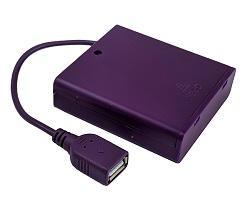 When an innovation cannot be plugged into a computer or wall socket, the battery box comes in handy (via a USB adapter). The battery box holds four AA batteries and has an on/off rocker switch and a USB port for data transfer. 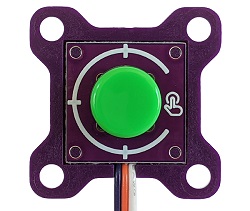 The button is an input bit that allows a user to press a physical button to interact with a computing device. 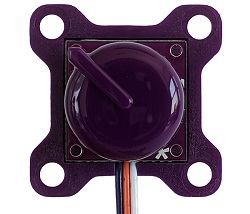 Rotating the dial, or "potentiometer", allows the input level to be adjusted. A range of 0 to 280 degrees is indicated on the dial. 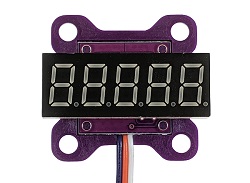 Light-emitting diodes (LEDs) mounted on a dedicated display board create patterns on the digital display, which is an output bit.

There are five separate digital slots on the board. A grid of seven lines forms each digital space in this notation. An individual LED can be turned on or off behind each line. 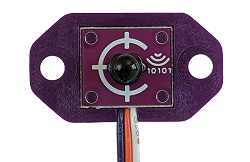 An infrared (IR) transmitter sends data out into the world, and the IR receiver picks it up. This opens the way for 8-bit information transfer between gadgets.

The data is sent by an infrared (IR) light signal from the IR transmitter bit. The IR receiver bit is mandatory for receiving the data.

The infrared (IR) emitter component is almost indistinguishable from the LED components, except for the blue tint of the IR LED. 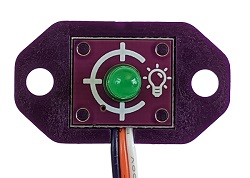 There is a light-emitting diode (LED) as an output bit. LED stands for "light-emitting diode", which describes exactly what it does. LED bits come in red, amber and green, each representing a different state. Each LED has its own on/off switch.

The amount of light present is detected by a light sensor, which is an input bit. The light sensor therefore measures the brightness of its immediate surroundings. 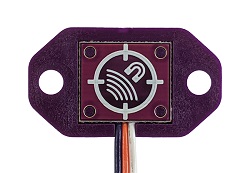 When a magnet is in the vicinity, the magnetic sensor component detects it. The magnet and the sensor are supplied separately in the package. Strong magnetic fields are not a problem for the magnetic sensor. Magnets of greater size and strength can be detected at greater distances. 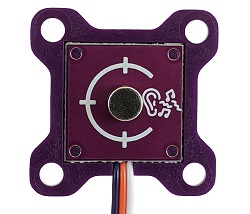 The noise sensor is an input bit that detects loud sounds. 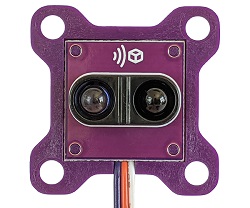 The proximity sensor detects approaching objects. The bit uses the infrared light that is transmitted by the IR LED and sees if this IR light is reflected. If it is, the IR receiver component detects it and sends a signal back to the invention engine. 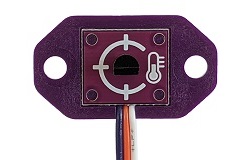 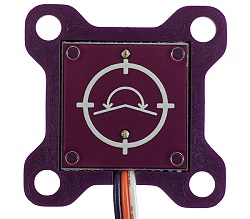 The tilt sensor bit detects movement and provides a binary output (tilted or not). A red LED lights up when the bit is in the tilted position. 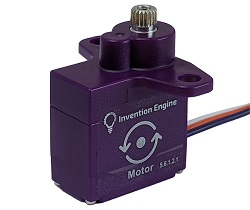 The motor is an output element that adds movement to your inventions. It moves by turning clockwise or counter-clockwise. 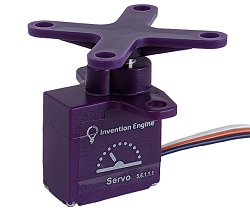 The servo is an output bit that moves by rotating to a defined position between 0 and 180 degrees. 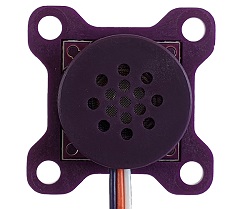 The speaker is an output bit that can play a range of sounds.

News :
Microbric Novelty Invention Engine :
Microbric is no longer a brand that needs to be presented as it is one of the best known and most widely used manufacturers of educational robots in schools in ...
le 10/20/2022
Information and services :
Site created by Arobases - Copyright 2010-2016 www.robot-advance.com