Robot Buddy in production for the end of 2017

The robot Buddy is the innovation made in France full of technology that we can consider as “pet robot”. It was thought in Paris and will be made in Bretagne to be released for Christmas 2017 in French homes. It’s about a robotics project that rallied a lot of people since it’s not less than 300 developers who contribute to it.

I don’t know if we can consider Buddy as toy robot or educational robot but what is sure is that it has more than one trick in the bag. Actually, it predicts to offer its owners playful educational, domestic applications. What let the robotics in house offer a little more recently tends to simplify greatly our lives.

During a television program, Bruno Bonnelle expressed himself on this new French robot. For those who don’t know him, he is CEO of  robolution capital, which continuously invests in new robotics products and companies in France.

He affirms that this robot was designed for leisure, education and friendliness but it was not yet a humanoid robot as seen in movies. According to him, these robots who can take care of people or bring you coffee independently and efficiently will only come to the market in several decades. You need to be patient! 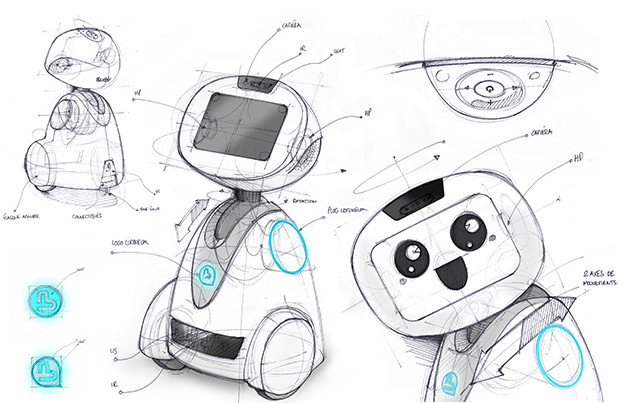 Here we talk about the new robot Buddy but it’s one of numerous robotics projects of the same type in France: they build jobs. Even though this robot isn’t like those in movies, it can still respond to its name, understand when we talk to it and even offer games, educational or domestics programs in association with other Ubisoft, Nathan or Somfy.

It is planned to produce for this moment 10 000 copies in France for the end of the year, but it could be necessary to look for other production sites in case of more production, according to Bruno Bonnell.

If you want to know more about this robot Buddy, I suggest to you listening to the CEO of Blue Frog Robotics on his initiative. For information, the robot will measure 60 centimeters for only 5 kg.