It was only at the age of 22 that Albert Einstein, becoming bored at the Bern Patent Office, wrote his articles about the foundations of the theory of relativity. Imagine only for a moment, if he had access before to this type of educational robot whose potentiality don’t encounter limits but only those of creativity? This is what we are talking about: a programmable robot to which you can associate thanks to the coding and components, all the features you can imagine.

It’s now possible and accessible, thanks to Thymio II, an educational robot designed by EPFL, unmissable in the world of advanced robotics. It is “entirely Open-source and Open-hardware”, which means that it’s programmable, as reprogrammable as you could wish, to let your curiosity of programming train yourselves, whether you are beginner as true experts!

Code and program with Thymio 2 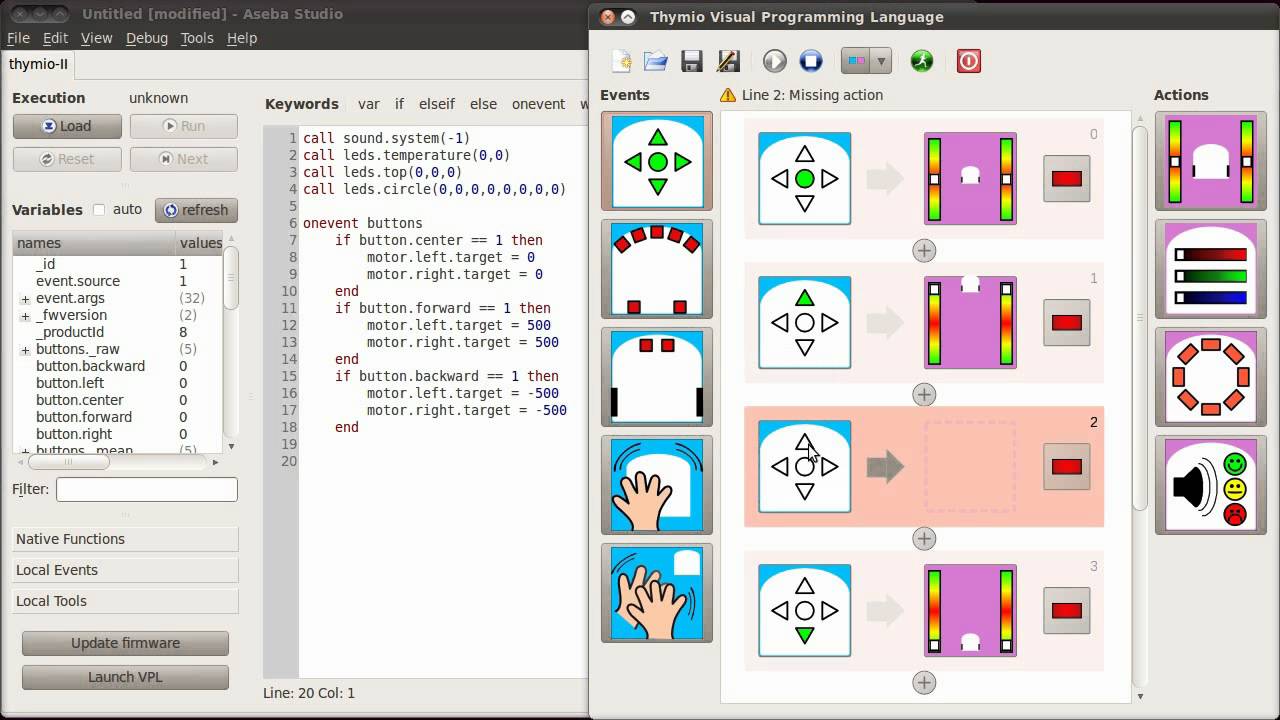 Thymio 2 is leaded by a PIC24FJ128 16 bits. It has to be noted that it doesn’t program directly by itself but via a specific programming language named Aseba.

The programming tools are free and open source. The website offers two:

Firstly, a graphic interface named VPL (Visual Programming Language) intended for younger people in order to accompany them in their first step in programming, in a very fluid and intuitive way, by offering all rules of programming that will establish behavior of a device. The young can potentially use this robot to create what they want. This potential promises to reveal the little genius hidden in each of you.

Tomorrow’s world is made of technology. Programming is a language that creates the future and kids are craftspeople of the future. Thanks to Thymio II,no doubt that many passions and vocations will be created.

The bridge between game and education is obvious, and that’s why an educational robot is widely used in schools. Thymio is already accompanying numerous academic programs, which reach the world of programming in an intuitive way, both for children and teachers, who will see this little robot as an ideal teaching tool.

To remember about this educational robot

For a hundred euros, the Thymio II, small educational robot full of colors is provided a lot of components that allow it to push the performance to the high level of coding and programming:

As to the programming, it’s simple, instructive and educational, we learn by having fun!

What better than a video to illustrates more completely these remarks above. Feel free to browse the web, this robot is surrounded by a large community which shares its prowesses every day.