Cubetto is the name of an educational robot that has been highlighted on Kickstarter, the famous financing platform. This object, or more precisely this programmable robot, is not quite ordinary: indeed, it has been identified for its educational potential among young children to such an extent that it has started school in some schools. It is both cute and educational and allows you to learn to program from the age of three: advantages that will quickly make people talk about them!

A new educational robot for schools

Computer science has an increasingly important place in schools and this is no coincidence: computer language has even become a language in its own right in some schools. To introduce children to the world of coding from an early age, the Cubetto programmable robot guides them through the fascinating world of coding.

To do this, children must use the blocks dedicated to coding and manipulate them to create an action. It is then sufficient to combine them to create real programs without worrying about the complexity of the language. The key is to become familiar with the code and learn to program using tools that are easy to use and understand.

Thus, Cubetto is an ideal educational robot to address the complexity of computer language in schools: it helps the youngest to assimilate the basics to acquire one of the most popular skills in the world.

Characteristics and specificities of Cubetto

One of Cubetto's main advantages is that it introduces children to a rigorous and precise logic. To do this, we note its blue dot, which corresponds to a formal order: by using it, the child will be able to cross the play mat or make longer and more complex journeys, taking the risk of repeating sequences. 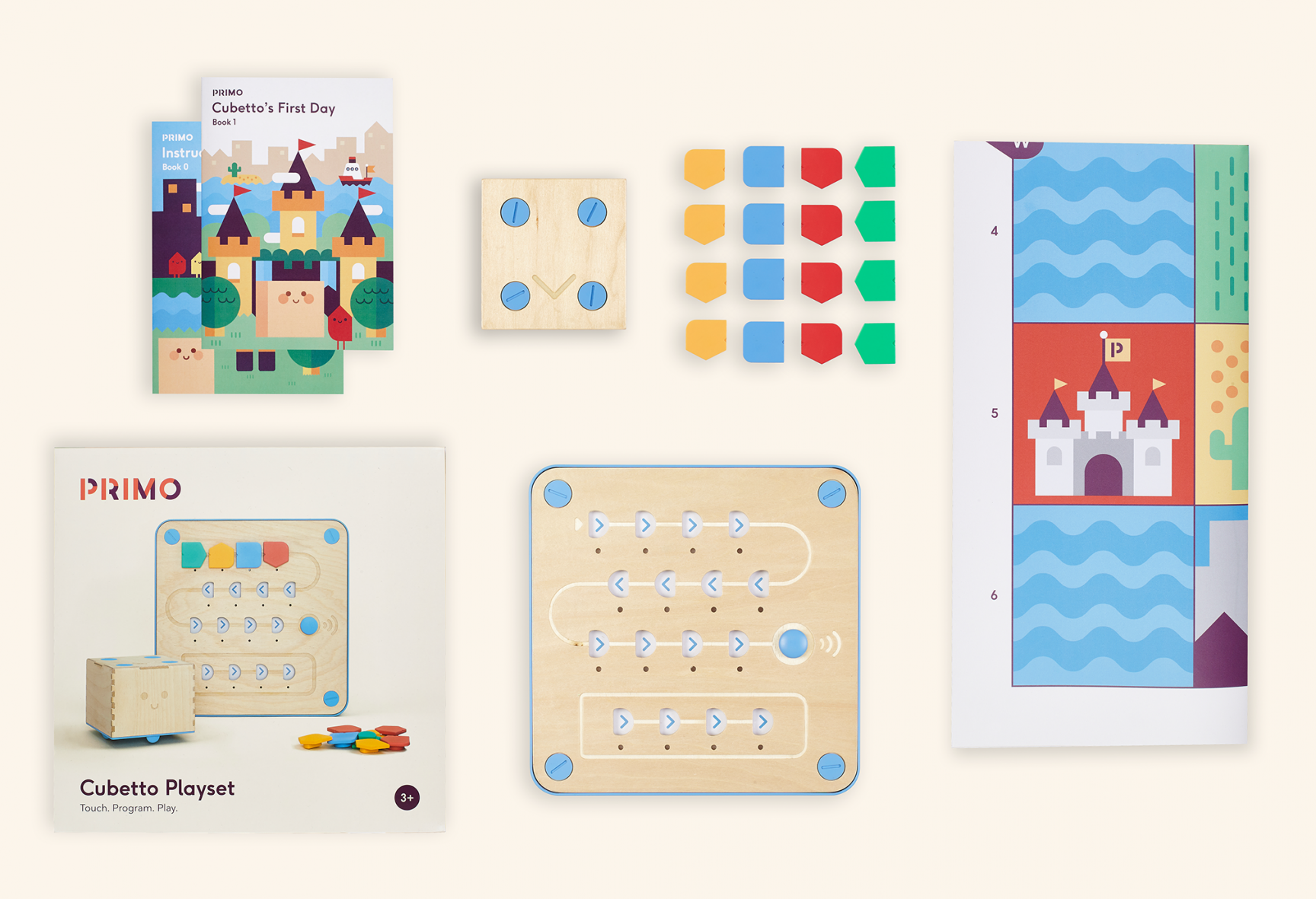 We can also highlight the advantages of this educational robot with the learning of the code before he even learns to read, the introduction to a playful programming language and finally the fact that it is aimed at both boys and girls from the age of three.

Cubetto is a programmable robot that has been inspired by Montessori technology and runs on a LOGO language. As a reminder, this language combines both an educational approach and a grouping of languages for computer programming. These languages are fuelled by developments that facilitate implementation.

In other words, children will learn to program using a powerful language developed by real experts. They will thus approach a logic that allows them to learn while having fun and model their logic on this model to acquire specialized skills later on.

Development and computer language is one of the most sought-after skills by companies today: it is a discipline that has a bright future ahead of it and allows you to enter prestigious companies.

I suggest you end with this video that will allow you to see in action this new robot dedicated to education.

Robot Advance is the official partner of a large number of schools. Offering educational and programmable robots that allow classes to learn in a fun and entertaining way has been our credo for several years. Browse here all our packs of educational robots for schools. Feel free to call us on 0437479145 or send us an email at contact@robot-advance.com for more information.