For several years, domestic robot projects have been regularly created to offer new approaches to the world of robotics and new possibilities to families. Creating these new robots is difficult, not only because of the uncertainty of their acceptance by the general public but also because of the necessary AI technologies. Zoetic AI takes up the challenge with his new robot Kiki, which he thinks he can win over the general public. 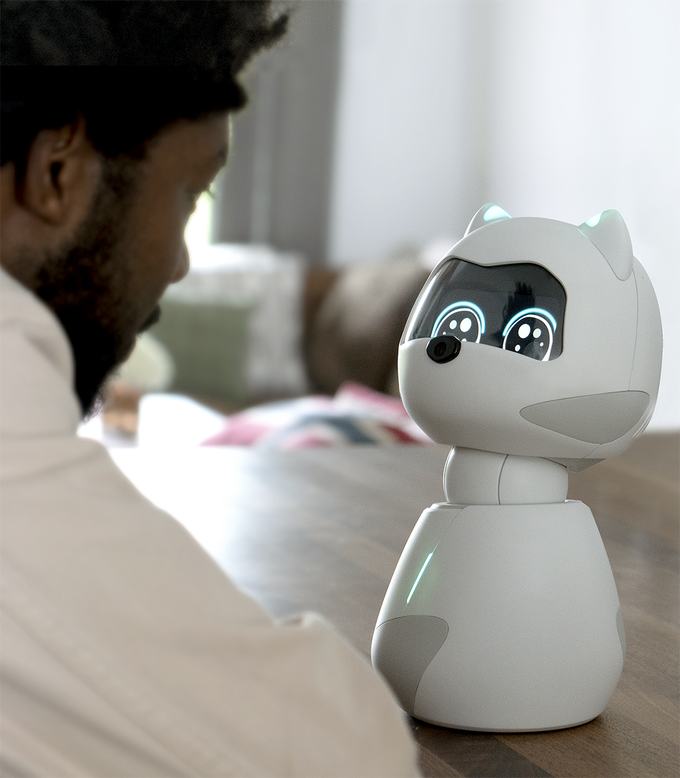 This domestic robot is still in the project stage since it is the subject of a participative fundraising campaign on Kickstarter. At present, this robot has attracted 128 contributors for an amount of $86,000, or 86% of the funds needed for its launch.

Kiki is supposed to be a new representative of a niche segment of toy robots, similar to Sony's Aibo model. A robotic "pet" that can fill the void and loneliness: an interactive Tamagotchi in a more contemporary version. We don't know if the world really needs it, but it may be that in many situations, such a robot can make sense. The most difficult part here is the start and the conviction of its potential. Sony's dog robot Aibo has made a lot of noise but has not been a great success... Was the problem the AI or the external appearance? The new Kiki robot will certainly try to do better!

Kiki is a robot that looks very much like a toy and is supposed to be a robotic companion that will take over some of the tasks of the voice assistant. Inside this robot dog is a 160-degree field of view webcam, which allows it to recognize family members, track their movements and locate objects. Built-in microphones will allow you to listen to people and communicate with them. Space sensors detect contact with people. 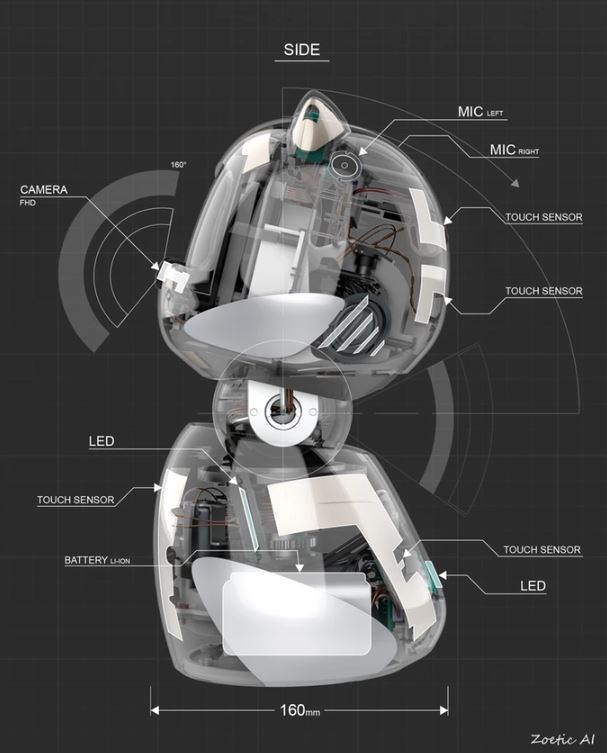 The creators of the Kiki robot promise many features that make it a very scalable and intelligent companion over time:

These are only a few of the features that are very numerous. To discover all of them, you can go to the Kickstarter page of the Kiki robot.

The Kiki robot remembers all the people it met and the type of interactions it has with them. It then identifies models, makes forecasts and determines the best way to interact. For example, if Kiki associates you with food, he will beg you when he is hungry.

Kiki uses what he perceives, his motivations and past experience to decide what to do next. Several elements are taken into account in its decision-making process.

Kiki uses the artificial intelligence integrated into the device to process all inputs (audio and video data) in a fully integrated way. None of this information will be uploaded to the cloud for daily use, which means that your data will never be in the hands of third parties. This is an important point for this robot which may seem very intrusive to many, which cannot be the case if the data remains only integrated into the robot.

In addition, the company ensures the encryption of data that is only readable by the robot itself.

Video of the robot Kiki

You will find below the video presentation of the Kiki robot: