We chose to share tests of toy robots or educational robots that we sell on our website Robot-Advance, in order to give you more information on their functioning, characteristics and game or learning possibilities!

Today we will explain everything about the Sphero 2.0 : the robotic ball by Orbotix. A connected toy robot controllable via smartphone: fun, luminous and faster that the first version, discover the intuitive and interactive gaming experience of the Sphero!

Functionalities and driving of the Sphero robot

You can notice first a difference compared to the first version: under the spherical hood, the Sphero 2.0 has a luminous and bright light that changes colors and most of all a lighter motor which permits the robot to reach nearly a 8k/h speed.
Driving in water is also possible: the robot is waterproof and floats thanks to the rubber protection Sphero Nubby. 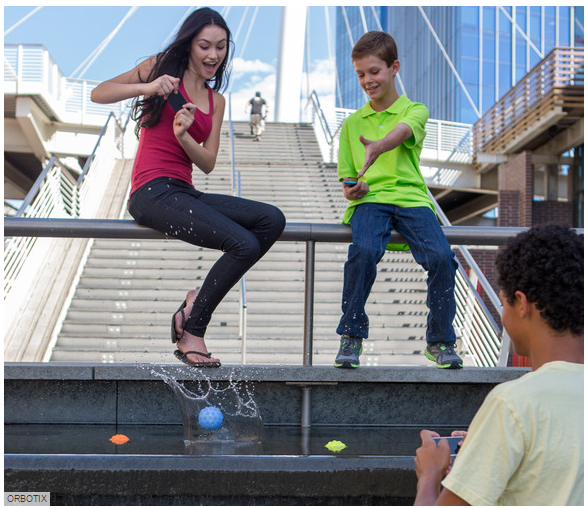 The driving application is free and also named Sphero. It permits an easy and intuitive driving of the robotic ball. This driving can be made with the Touch Pad or by tilting your smartphone, such as many smartphone games.

This application permits also different driving level in order to help you during your first utilizations of the Sphero 2.0. You unlock at each level new functionalities to thicken the gam experience such as “Rainbow Drive”: your robot will change colors while driving or the adding of a speed boost.

The Sphero 2.0 has today 20 levels of piloting which can be reached, according Orbotix after about 8 hours of driving training.

Orbotix had the idea of offering about 25 additional applications, which permits to play for a longer and more interesting driving experience. !

It is not only a remote-controlled toy but a robotic ball with which you can drive but also play in many different ways: create for example a golf circuit and use your smartphone as a gold club to send the Sphero 2.0 into the green!

You can also find other applications (also compatible with iPhone and Android), developed by Orbotix or other companies to have fun with augmented reality: 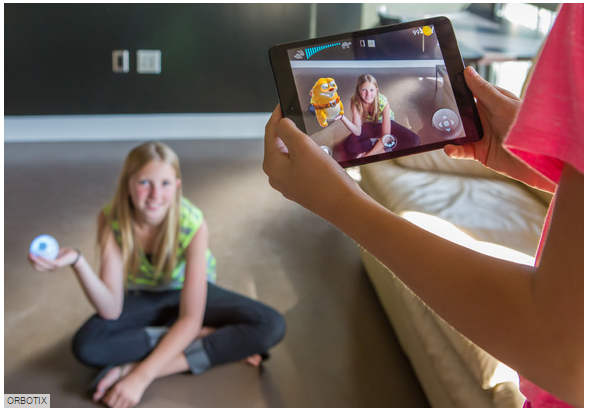 To go further, some applications permit to the youngest learning simply and intuitively programming:

Technical characteristics of the Sphero 2.0

A programmable robot with a polycarbonate hood, wireless charging and automatic updates. These are some of the technical characteristics to discover:

Even if the driving of the Sphero 2.0 on the ground or on water permits the children having fun for hours by chasing it or making it make stunts, the biggest strength of this robot is the numerous available applications, for the major part free, which extend considerably the life of this connected robot.

Developed by Orbotix or by exterior people, they add many functionalities and mini pleasing game experiences! They allow also to the Sphero 2.0 to adapt itself to various age groups, from the youngest to the older!