A new kind of robot is being financed on Kickstarter and will certainly make a sensation among fans of toy robots but also of FPS (First Shooting Person) video games. This robot is GEIO. Connect it to your smartphone, it allows you to take part in real duels or battles between robots. Enough to spend wild afternoons with your friends. 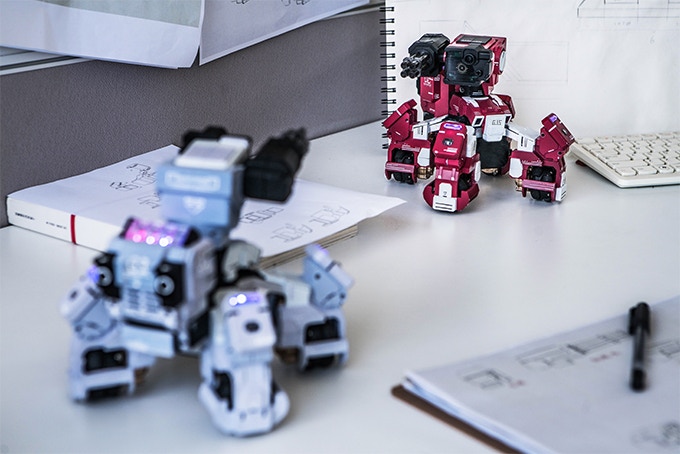 This project has already raised more than $60,000 of the $30,000 requested from benefactors in the general public, but it still has 20 days to get more and develop additional features before it is released for sale on the market. Serial production of the robot is scheduled for December 2017.

This fighting robot toy has rather advanced features and works with artificial intelligence, which suggests that it will be much more than a gadget and that it will have a certain personality. From what we know:

Concerning its components, I let you discover them below with this image of the GEIO robot which speaks for itself. 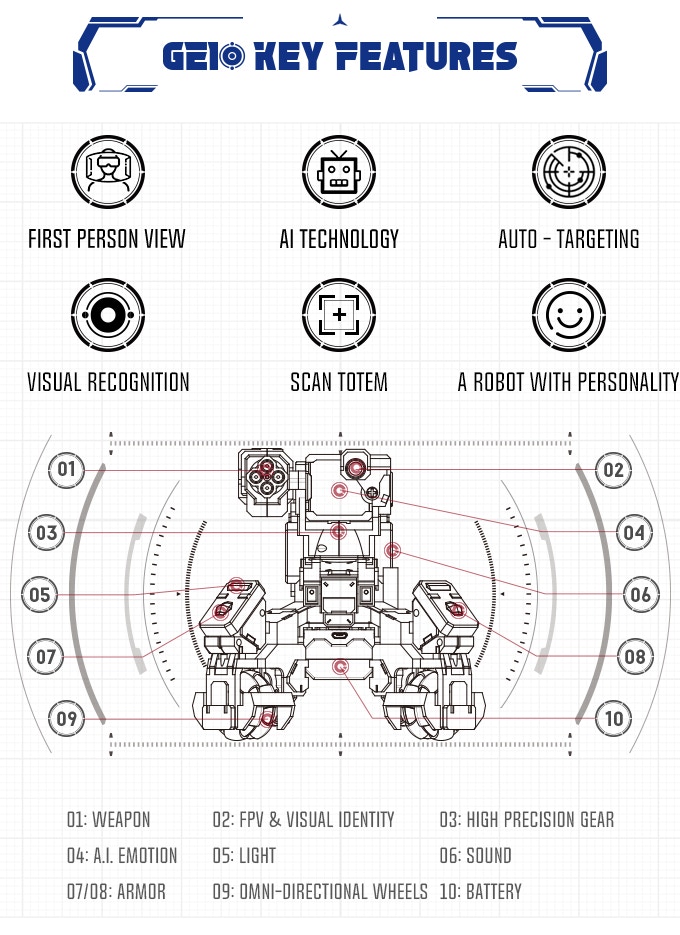 The mini-games proposed by the robot

GEIO offers different game modes for individual or team play. It is indeed possible to join forces with other robots to play on a battlefield made with external elements.

Your GEIO will be against your friend's; connect your smartphone and have specific weapons to hurt or stun your opponents at the right time. Everything happens in real life while you are comfortably sitting on your couch!

Attacking and defensive teams must attempt to take or defend the capture of territory on the battlefield. The attacker has a lower HP but can run fast. The defender cannot move (only turn around) but has one more HP and a stronger weapon.

A high-tech treasure hunt full of interactions and adventures. Teams compete to be the first to locate hidden totems. The GEIO robot will be sold in different forms. Depending on the pack you choose, you can have up to 4 robots for more animated battles and a larger number of totems.

With a superb running speed, GEIO can rotate 360 degrees and accelerate by 2 meters in one second. In this game mode, the winner is the one who arrives first at the destination. The little thrill of speed racing: you can trap or stop your opponents on the way. A little real Mario Kart tune!

The Totems of the Battlefield

It is an excellent idea that will spice up the parties. GEIO had the idea to materialize totems to be placed on the battlefield, which once scanned by the robots will allow them to gain various skills that will give them the advantage over the game. 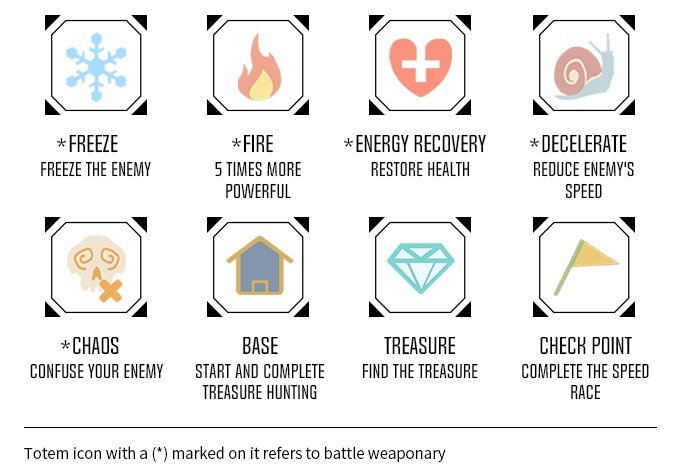 A video to be conquered

Finally, I propose these few videos that will give you an idea of what the GEIO robot will look like in action. A new way of using and playing it that could have an effect on individuals as well as in robotics competitions.

Would you like to know more about the latest news in robotics? Consult our sections :