It had been more than 7 years since the launch of the well known and appreciated LEGO Mindstorms EV3, which is available on Robot-Advance as LEGO for the home or LEGO Education for the classroom. A new wind that will strongly appeal to all LEGO and robotics enthusiasts, who with this new LEGO Mindstorms Robot Inventor 51515, will be able to let their imagination run wild and further develop their building, coding, robotics and much more skills. 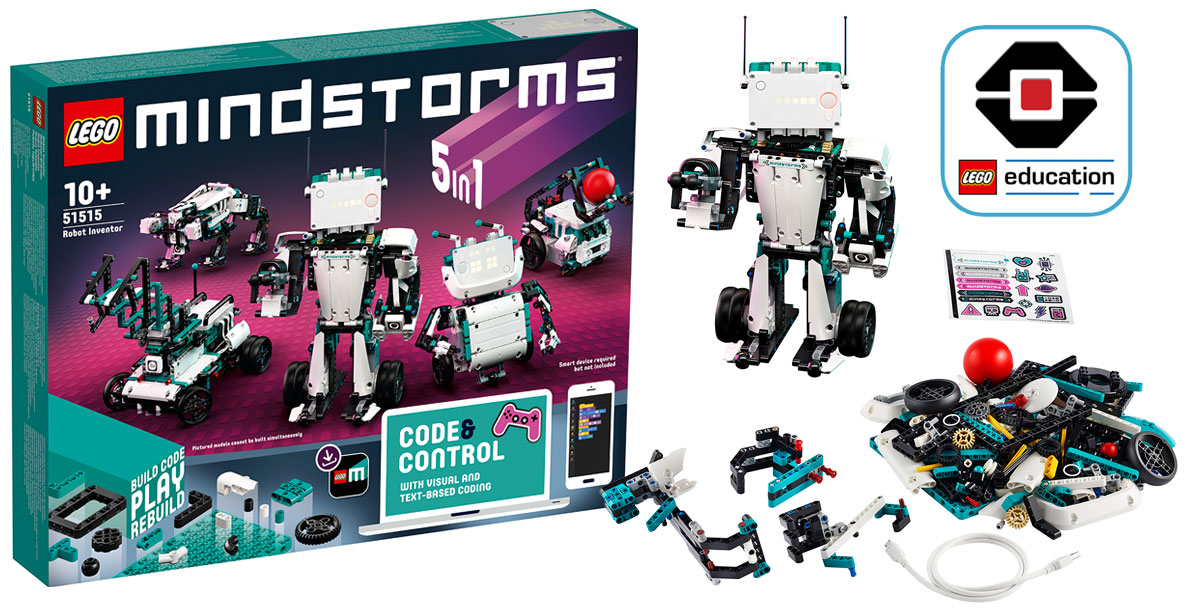 The most attentive among you will have noticed the "Retiring Soon" label on the LEGO Mindstorms EV3 (Home Edition) of the LEGO Shop, which will therefore be replaced by the end of 2020 by the LEGO Mindstorms Robot Invetor 51515. Discover in this article everything you need to know about this new LEGO Minstorms, the contents of the box, the price, features and possibilities.

The new Robot Inventor whose box you can see in the picture above will be a box of 949 pieces that should be according to LEGO proposed to the general public at the beginning of the 4th quarter 2020 for a price of 359.99€, only a few euros less than the LEGO Mindstorms EV3 Home Edition.

Its big strength is that it allows you with its content to create 5 different robots that will each have different functionalities and features. Be careful, you will only be able to build the robots one by one with the 949 parts and therefore you will have to separate the old from the new LEGO robot to create a new LEGO robot. A rather very intelligent and advantageous system that will give the LEGO Mindstorms Robot Inventor a very long life span and a stronger desire for discovery.

This new Mindstorms 51515 will include a Rechargeable Smart Hub that you first saw in the newest LEGO Education Spike Prime and that opens up a lot of possibilities in terms of connections and components:

All these elements that will allow the remote control of the robot and the coding of very interesting functionalities. 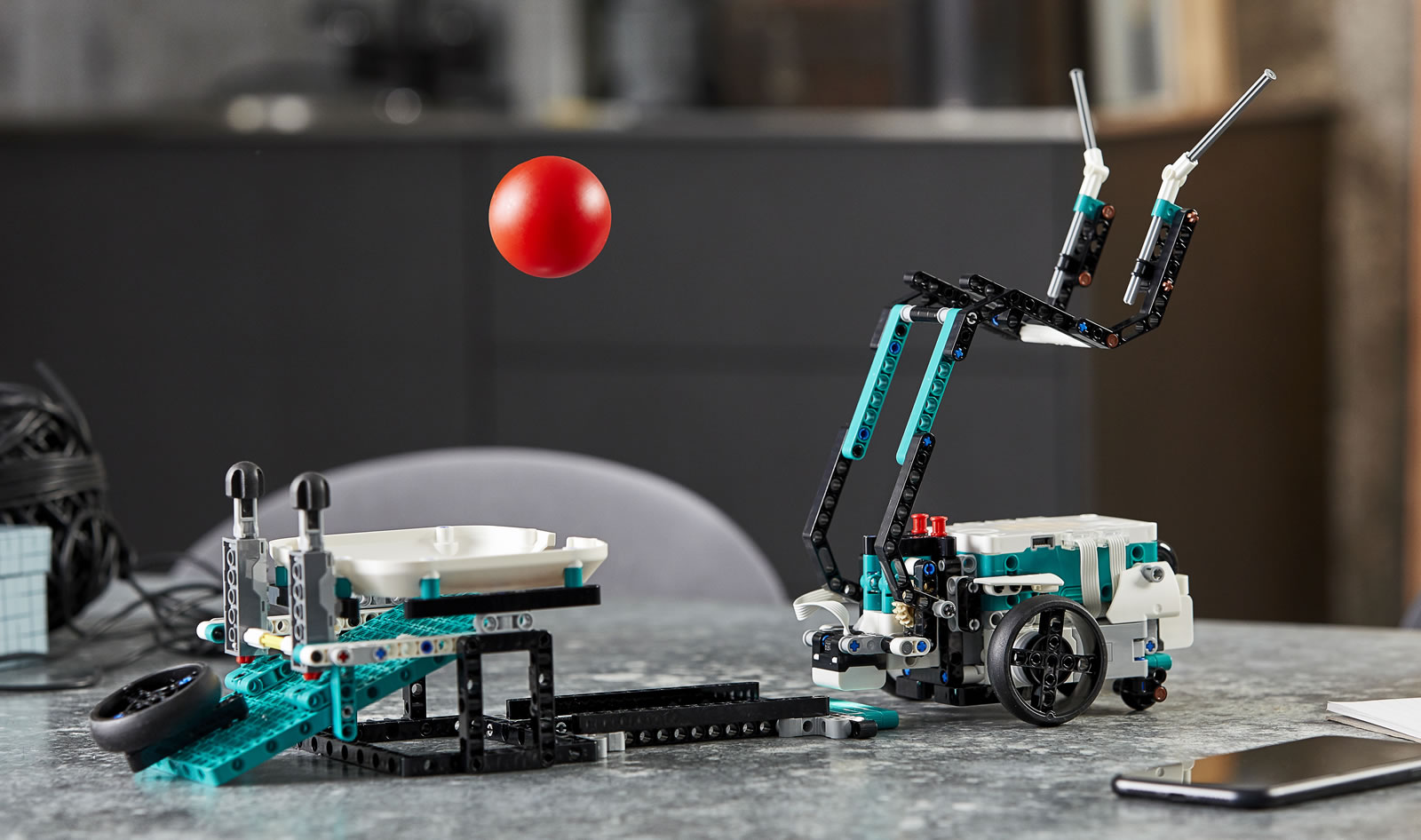 The five LEGO Mindstorms robots to be created are visible on the front of the new box but here is some additional information.

This new LEGO Mindstorms Robot Inventor will come with a dedicated and free mobile application. Those who would be afraid to go for it should be reassured, the coding via the application has been adapted to all levels:

The mobile application LEGO Robot Inventor will provide access to more than 50 activities to explore but also to diversify the remote controls for robot control:

The mobile application's digital remote control generator will work on all Powered Up assemblies to tune the controllers with the construction and components. 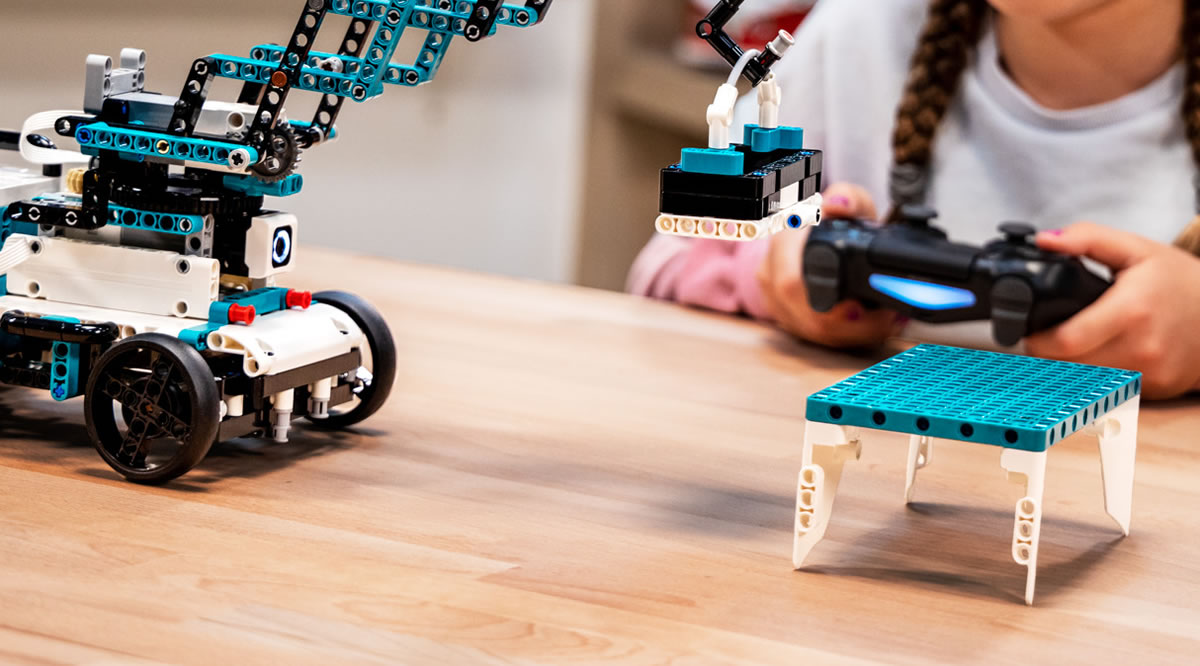 At the launch of the new LEGO Mindstorms, the mobile application will be operational on Windows 10, Mac, iOS, Android tablets and smartphones, and a few other specific devices. Building and coding instructions for each of the five models will only be available digitally via the application and not on paper in the box.

With Robot Inventor, LEGO has completely switched to the LEGO Power Functions 2.0 system with an identical interface for the :

Note that the new LEGO Power Functions 2.0 hardware is not compatible with the EV3. 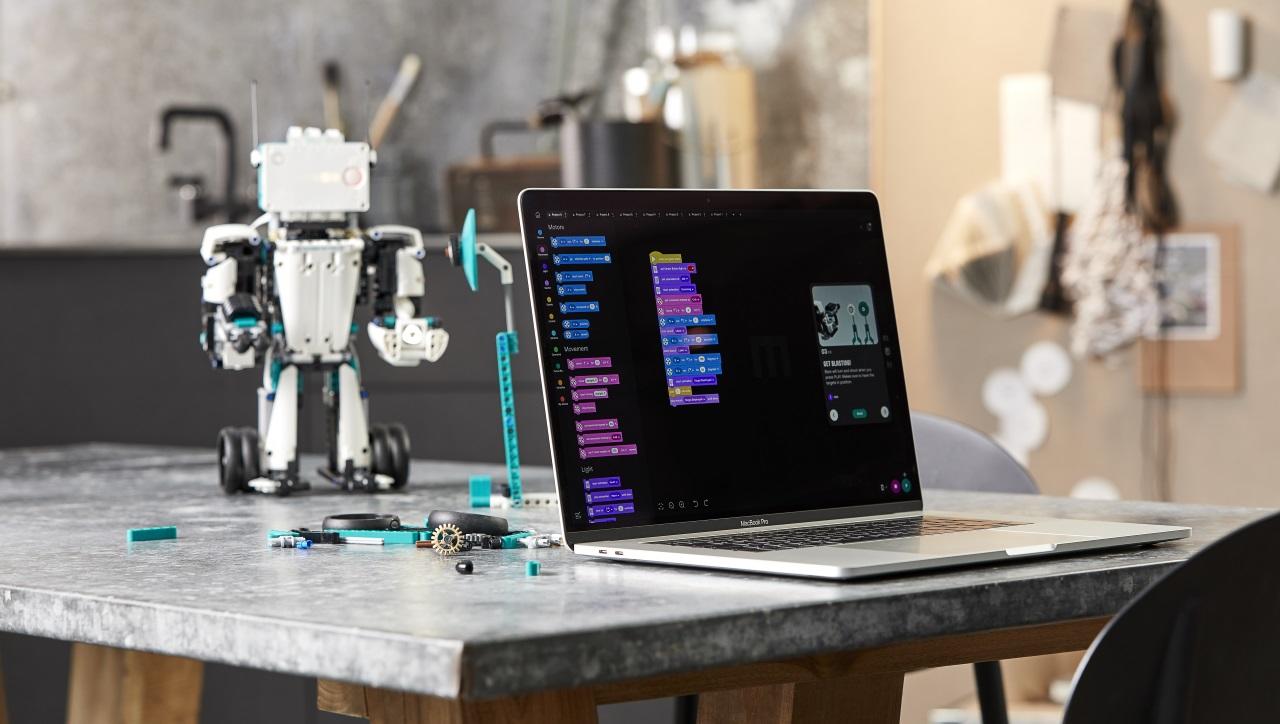 New features include the new Intelligent Hub, an advanced yet simple to use hub with 6 input/output ports to connect various sensors and motors. The Hub can also be used with LEGO Technic and System components to create fun and interactive robots.

Below are other elements that you can find in the LEGO Mindstorms Robot inventor 51515 :

Stay tuned for all LEGO and LEGO Education news !