The Vector robot by Anki is a miniature service robot that caused a sensation on the Kickstarter participatory financing platform. It is not uncommon to see innovative robots asking individuals for funds for its commercialization, but Vector has exceeded all the expectations of its creators with no less than 8,290 contributors for a total investment of nearly $1,900,000 of the $500,000 requested. 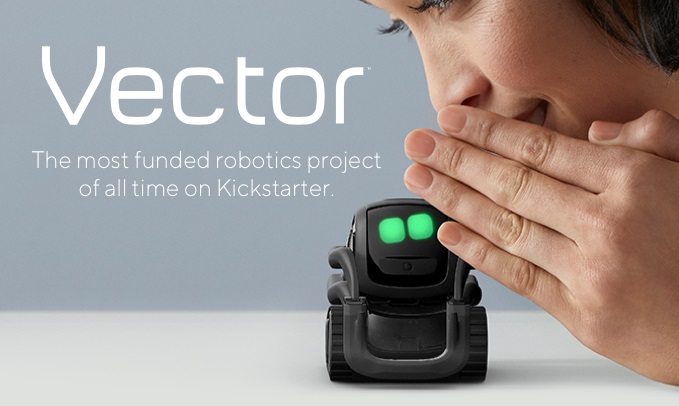 Faced with such a craze, I wanted to know more about this future Vector service robot, its components, its functionalities and the promises made by the company Anki at the origin of the project, which is now the most funded robotics project of all time on Kickstarter.

The Vector robot is aware of its environment

The Vector robot has a front screen to display different information but also and especially to analyze its environment and interact with it.  It contains a variety of sensors and responds realistically.

These are two important points that make the small Vector robot much more useful. It can connect to the Internet to perform the same role as the connected speakers that are now in many homes.

Just start a sentence with "Hey Vector" to ask a question that the robot can answer. The questions can be of any kind:

These are just a few examples, as for connected speakers the possibilities are endless. You can even launch a game of blackjack with the Vector robot on its HD screen or ask it to take a picture of you. The photos can then be retrieved via the free mobile application.

This small service robot is also compatible with Alexa, which will be very useful for anyone with home automation equipment in the home. The robot allows its owners to be in their bed, the robot next to them and launch automation scenarios simply by saying for example "Alexa, turn off the lights" or "Alexa, turn up the temperature to 28°C".

The Vector robot is reminiscent of Anki's latest creation, the Cozmo robot. However, even if the appearance of the two robots is the same, the components are extremely different and we can only observe the technological progress of the Vector robot compared to its predecessor. 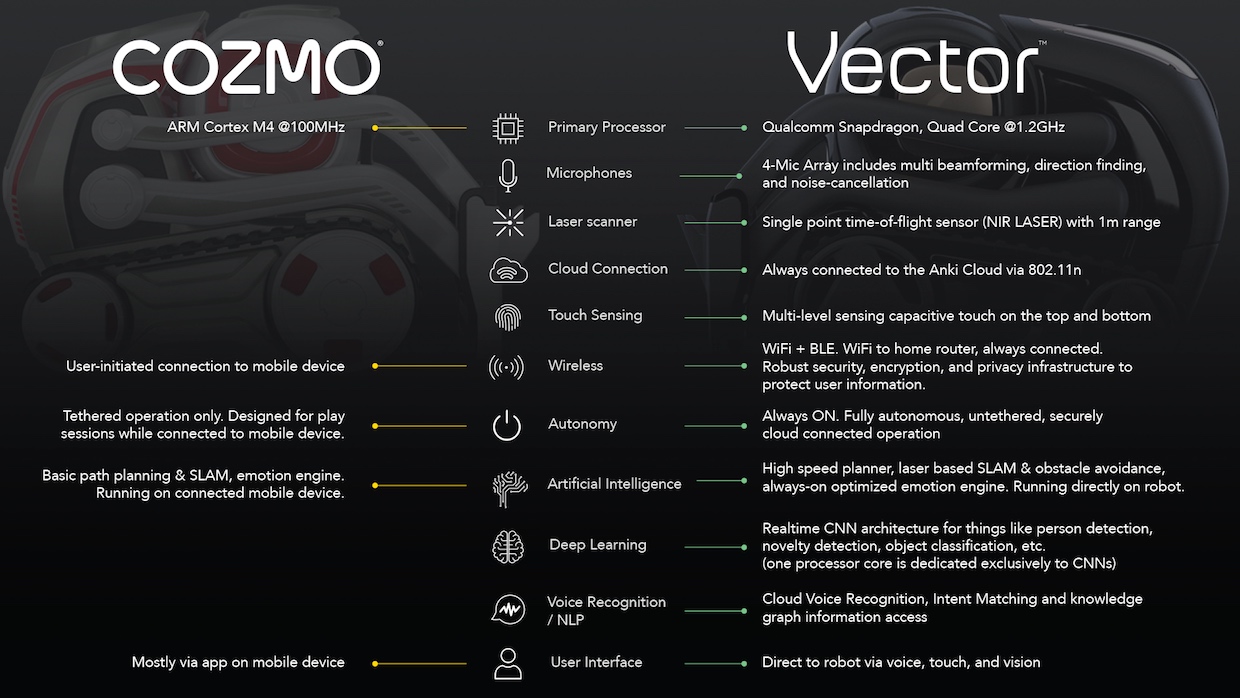 This new Vector is surprising and has the advantage of bringing a new wind in the field of robotics: between toy robot, service robot, connected enclosure and home automation controller!

In terms of distribution, the Vector robot is currently only available in the United States but it is very possible to see it coming to Europe very soon.

Its price of $249.99 will certainly be the same as the one we will find in stores or on European websites.