The new drone of Makeblock

Here is an innovation that we consider to be educational owning to its programming aspect but which would also to be put in the toy robots since that is what it’s about: constructing, programming, playing and having fun.

Some know about Makeblock and if it’s not the case I would make a little remainder at the beginning of the article to put you in the know.

But it’s today one of their international innovation on which I will put the spotlight and it’s worth a look: a drone to be built easily, programmable and that can make different shapes. Never saw in the series of drones, which will be available from July 2017 but in pre-order now here: Airblock. 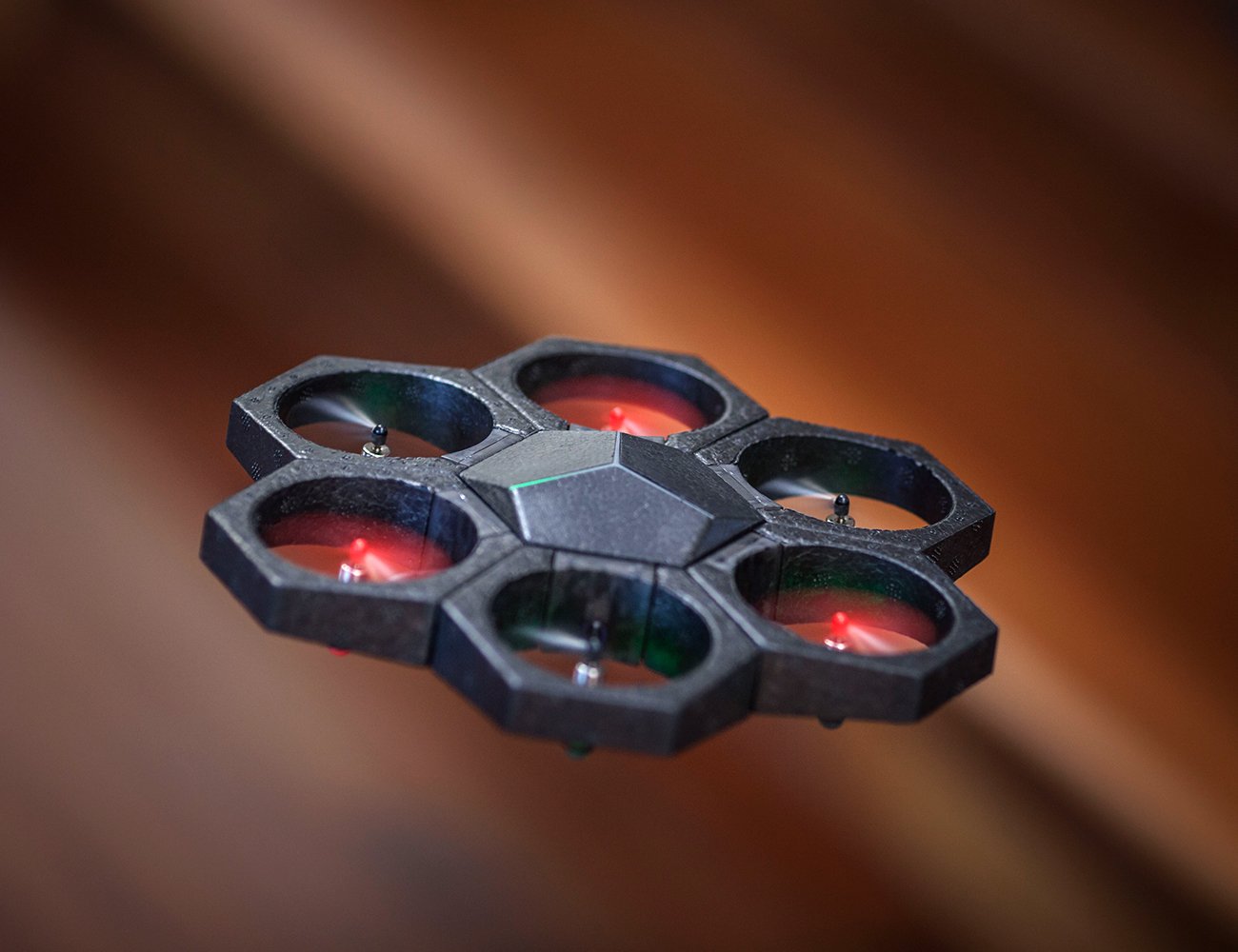 For those who don’t know Makeblock, a company was born in 2011 thanks to Jason Wang, the CEO, growing apart from the basics of the electronics but who began to tame the encoding when he touched his first computer from the college. Since then, he went a long way and creates a company that revealed a real potential in the electronics and the development in the middle of education.

Makeblock made the programming accessible to all by developing a simple and playful interface: the users should never write or edit a line of code but simply move images on the screen in some orders to make their robots alive. 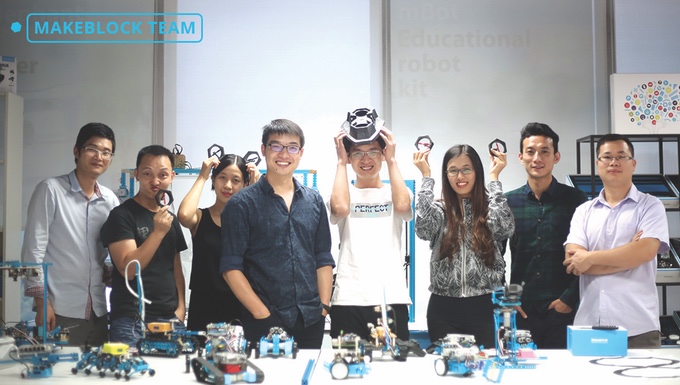 A well-known and appreciated system, which is used in over 140 countries, 20 000 schools and allowed the company to raise around 30 million dollars for its development. What to imagine beautiful novelties in prospect for the company that some already forecast as the “new generation of Lego”.

This is one of those novelties we will talk about, and which makes its way across the world.

Airblock : a programmable and constructive drone

Here, we talk about a little revolution since the drone Airblock will be made of magnetized and modular piece extremely easy to assemble and disassemble without any tool. 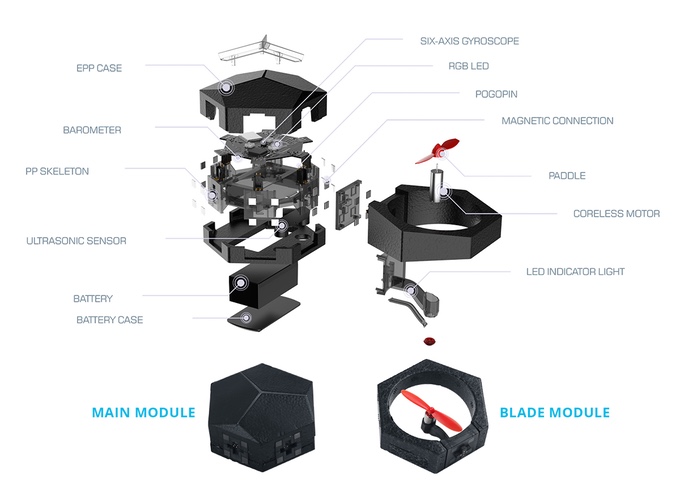 These blocs are made of from a light and artificial foam but very solid. An astute choice because you will not have fear of the crash, contrary to the drones of the market: simply assemble again the blocs together to use it once again.

The blades and ventilators are in the center of the hexagons and so can’t have the shock. A good way to guarantee that the robot isn’t damaged whiles the drop and of course it hurt nobody if it’s used nearby children when they have fun with it.

The modular blocks system has a second advantage no negligible: the possibility to make several shapes firstly (Drone, Hovercraft, triangle, spider…) but also combine to the Lego Technique for example to make a car propelled by the air of blade. As often with educational robots, only imagination has limits. 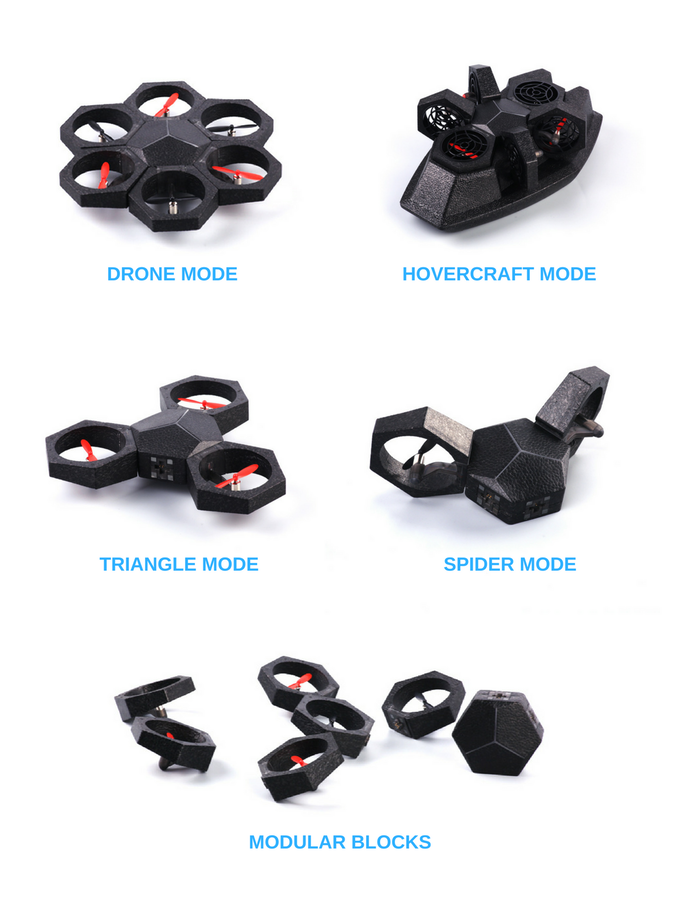 As explained in the beginning of the article, it’s the Makeblock  programming mode that made the victory of its programmable robots. The new drone is not the exception to the rule and so it’s the home programming system that will be used.

A simple system of icons to drag-drop on the tablet or smartphone. This system offers between the simple features like before, break, turn or move forward. So to connect them together allows to create an action on the drone.

So simply imagine at first a cascade of actions that the beginner of the programming would simply implement.  Don’t forget that the products of the brand are made by educational basics and they have a role in teaching and accompanying the most inexperienced persons in the sector.

You will find in the below a video of the use of the programming system so that you can realize by yourself its simplicity of the use.

A project voted on Kickstarter

For those who don’t know Kickstarter, it’s about a crowdfunding platform that allows everybody to bring his/her contribution to every new project offered. The drone Airblock of Makeblock had a lot of votes. The company asked actually 100 000 dollars of contribution but 829 506 dollars which has been collected so far with 5307 contributors. 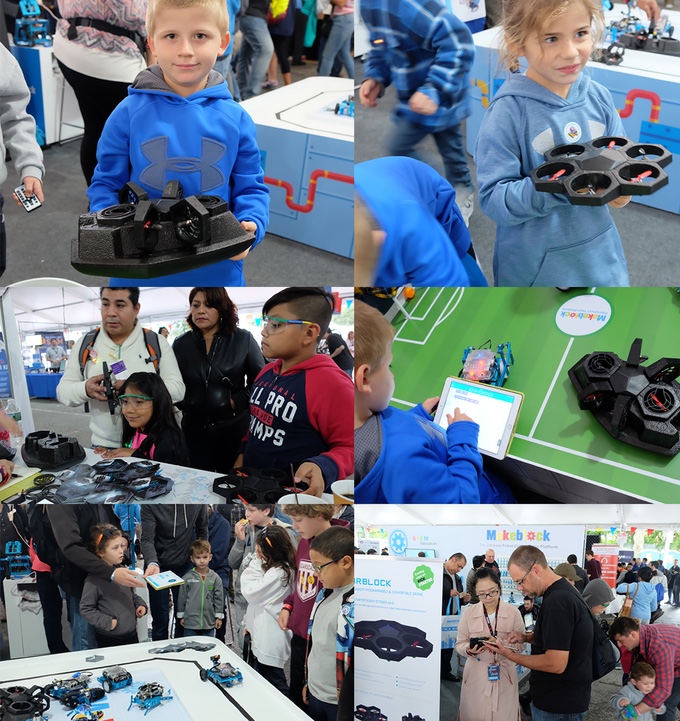 This passion and the money have allowed the company offering a supply battery to all clients for all the Airblock. What’s better than having fun for more long time before recharge the drone?

In the box of drone Airblock 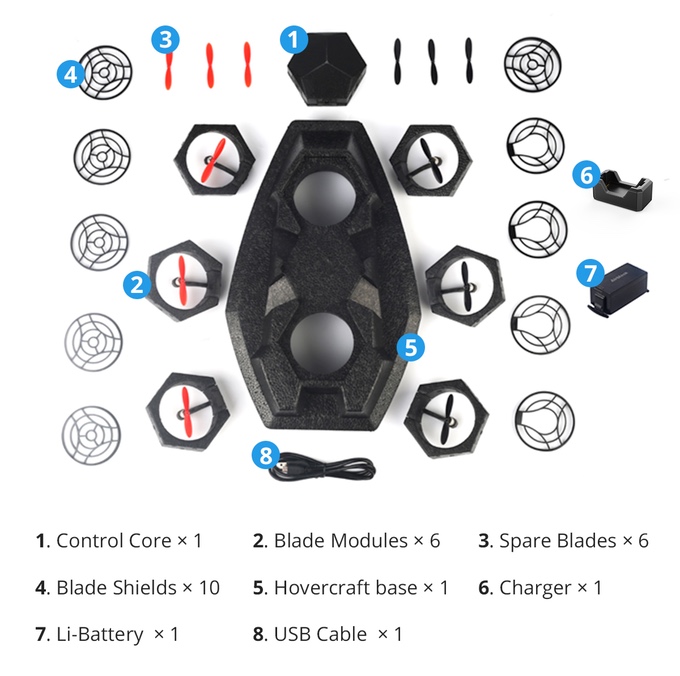 For those who ask for what we can find exactly in the box, here is the answer: 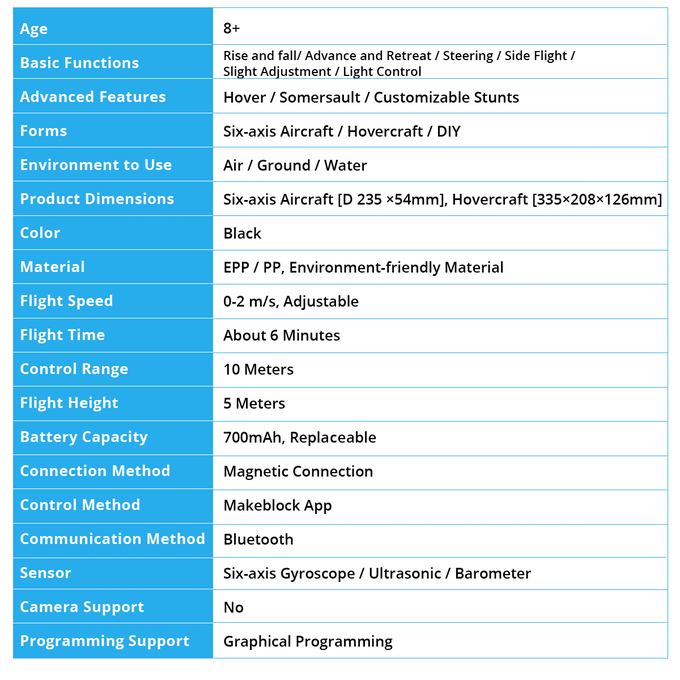 There are a lot of videos to discover the new drone that will reach a great success in our opinion.

We have selected two of them that seem to be the most typical with the possibilities of Airblock: one to see the construction action and the second to see the drone in the mode of Hovercraft, it would be a good start!

Nothing is better than to see a drone in action to become aware of it by yourself.